“Life has no meaning. Each of us has meaning and we bring it to life. It is a waste to be asking the question when you are the answer.”  – J Campbell 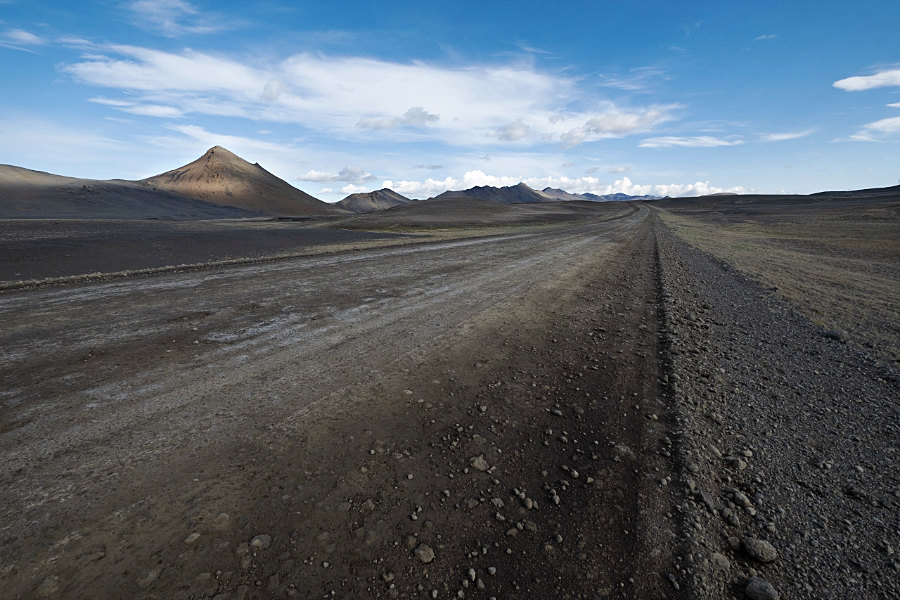 It’s a powerful quote and one that takes a bit of getting your head around. We search for meaning – through careers, through possessions, through relationships…but we lose ourselves in that search for more power, more money, more stuff and more heartbreak. And more instagram likes (well, wouldn’t be me, or meaningful, if I didn’t have a pop)

Ive spoken before of travel being like a drug, you want to repeat those great experiences and feel that feeling again. I think I was wrong (still, there’s a first time for everything). It isn’t about travel per se, its about feeling alive and not just living. The routine of our jobs, our homes and our regular patterns of having fun are not living but usually a mere existence in between our next fix of feeling alive and understanding that we have meaning. Those brief moments when our soul, if such a thing exists, breaks out of our physical shell and is there for all to see but most importantly, for us to feel inside.

It’s a hard thing – we buy more, we tweet a picture of our sandwich, we seek approval of others, we work for that extra promotion or pay rise, we copy others or fashion, we buy even more stuff, we feel some sense of happiness….fleetingly…..before it subsides back into the eager arms of routine and our reality. Happiness lite. Available now and delivered to your door free of charge.

As we look dumbfounded at the ‘poor’ of third world countries and we ask with bewilderment as to why they are always smiling, i do wonder if they realise they have meaning and they bring it to life. Naturally, there are those countries where the people aren’t smiling but they are probably having bombs dropped on them or cant even begin to life themselves out of survival mode due to sanctions or centuries of subjugation and their lands being taken from them.

Everyone is different of course. Or are they? I don’t think we are, i think the only real difference is how we bring our meaning to life and much of that will be common amongst all of us. The smile of a newborn or their grasp when they are unwell and seek comfort, the warm touch of a loved one’s skin against your own, the feeling of helping someone and their genuine thanks, the joy of giving a gift and seeing the reaction. But then there’s the other stuff isn’t there? And that other stuff is what brings life to our own meaning. Because for me, that’s the challenge of riding a long way, standing in the sea waiting for the sun at 2am to get a shot or clambering several hundred metres above a glacier with any slip being instant death. For so long, I had thought it was about the bike, or the photograph or the thrill. It’s none of those things, they are by-products of  a journey to solitude which is when I come to life. It’s not a drug, its those moments when you are truly 100% alive AND you feel it. The rest is filler and that’s when you take the drug of normality. 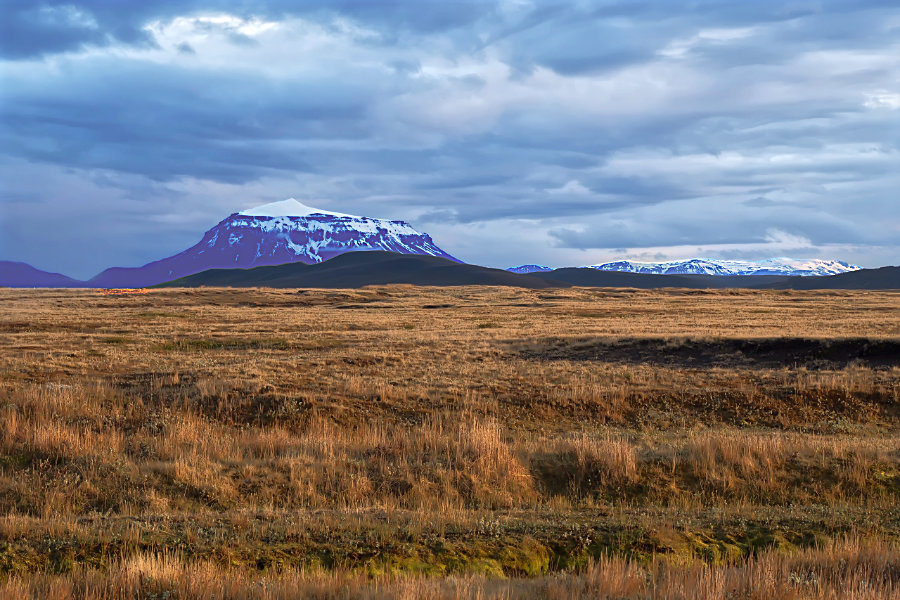 I often look at those who have travelled for long periods – and I mean years – and the one constant is the complete feeling of being lost when they return home. Returning to jobs, to a roof and bed, to routine. Even with my brief stints of travel and living abroad, I felt those things albeit to a lesser extent than those who have travelled for years and spent months sleeping under the stars in Morocco and in a yurt in Mongolia. The other thing I notice is that many of them then take on other challenges or yearn to get back on the road again. I do wonder if its not so much about being back on the road again but about going back to where they felt they were alive rather than the ‘lack of life’ in the routine. Maybe, just maybe this is why many people spend 48 weeks a year looking forward to their 4 weeks of holiday?

So the above two photos are from a little place called Möðrudalur, in Northern Iceland. The van had bumped and rattled down the gravel road which will no doubt be an osteopaths wet dream. About a mile from where I camped, that road becomes an ‘F’ road. F roads lead to the centre of Iceland – the mystical and daunting beating heart of volcanoes, mountains and year round snow. The pull for me to go there was strong…really strong. However, without a 4wd capable of river crossings and a serious plan it wasn’t going to happen on this trip. It will happen on a future one though. I affectionately entitled it Mordor when I was there – as you drive around the ring road, it is always there to your left (going anticlockwise), a behemoth rising from the flat volcanic plain that surrounds it. It has an intimidating presence and a sirens call that carries on the cold glacial winds that sweep down from the edges of the mountains.

It was cold at Möðrudalur, a small community that surrounds the oldest farm in the country. Northern Iceland is wonderfully empty, with only the odd small mountain and set of hills rising from the primordial  landscape. Clouds pass quickly, carried by chill winds from the Arctic. Sunlight and shadow fight for space in the volcanic plains, intertwined like lovers in an eternal dance. It’s hypnotic, standing, watching. The silence, the cold, the clouds and the empty vista creates a heady mix of tranquility and paralysis.

I used Möðrudalur as a base for 2 nights due to its proximity to Dettifoss and because it is just so, so ancient and foreboding. If I was to return to Iceland, I would spend my time in the Highlands (the centre) and the North, it is just as it was 5 million years ago and that is something immensely powerful. 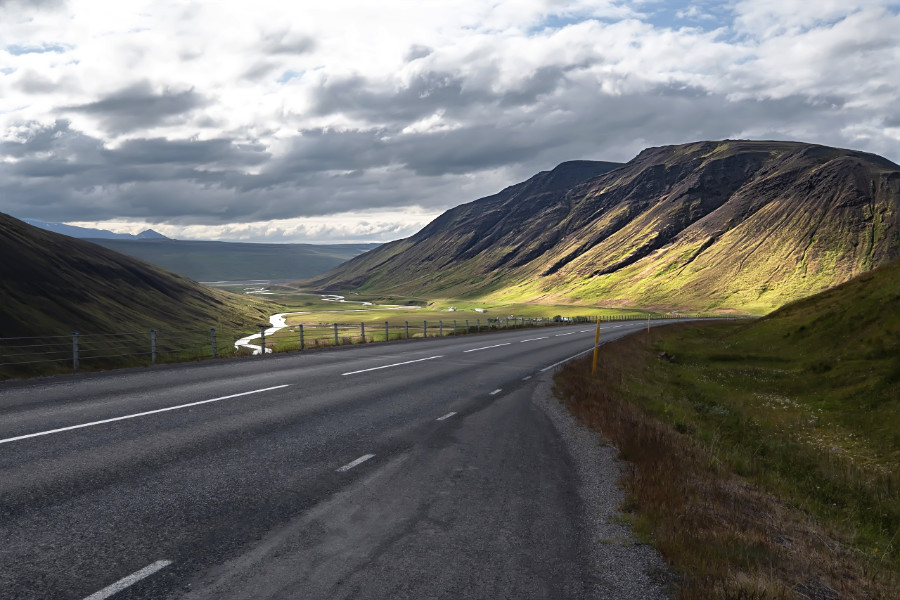 In each place I camped, the same routines were followed. Park, set up the bed, have a drink of water and then boil up some pasta and whatever fresh veg and dried veggie mince were left over in the backpack. Lunch tended to be tuna and a cereal bar. Sounds basic and it is but after hiking 10 miles, everything tastes like its made by a Michelin starred chef. To be honest it wouldn’t even matter if it was cooked on a dustbin lid, the speed of finishing the meal tended to be inhibited only by how fast I could shovel it into my mouth. Being outdoors all day and night with physical exercise is not a good position for a fussy eater. Once the meal was done, it would be a mix of backing up photos or just sitting and watching the horizon. Other than the clouds and the light, nothing was changing. Why would it? its millions of years old.

At home in my ‘normal’ life, I am always on the go, always needing something to occupy me, keep my brain busy, always reading. I get to places like this and I just stop. I often thought it would give me a chance to think about things, to weight things up, to make the big life decisions. It doesn’t. I just stop. Standing at Vestrahorn, being half way up sea cliffs in Ireland, hiking in the Pyrenees I just sit or stand and watch it all. My brain empties, my breathing slows and the warmth of emptiness fills me. I’ve no idea if this is meditation but it’s not something I have to think about or pursue, it just happens. Stood there, alone with no thoughts and doing nothing but slowly inhale and exhale with a thousand yard stare is when i feel most alive.

It was no different at Möðrudalur, even with the temperature dropping close to freezing, i sat there watching the golden light illuminating the grass and focussing on the snow capped peaks in the distance. The only interruption was pulling my hoodie over my head in one slow motion. Shifting my head to the left side, I gazed on the central highlands of Iceland and then back to the right, looking to the gravel road which disappeared from sight after only a few hundred metres despite the flatness of the terrain. Prickles on my face as the arctic wind caressed my exposed skin and I closed my eyes, savouring the cold and the complete silence. Clouds obscure the sun, the temperature drops and the landscape looks more rugged and bleak. Harsh. I wonder to myself how people survive here year round when the temperatures plummet and the snows come. I guess they wonder how we survive in a high pressured, fast paced fake digital world with only a few weeks of annual leave allowance to feel alive like this. They see the golden light, feel the cold air on their skin and watch the mountains every day. To misquote Stewart Lee, we live in a reflecting hall of digital mirrors comprised of selfies, facebooks, twitters and instagrams and we are slowly going mad like a dolphin trapped in a concrete tank where its sonar is constantly reflected back at it 24 hours a day.

So is there anything to take from all this waffle? Well firstly, Northern Iceland is wonderfully, wonderfully remote and stunning in a bleak kind of way. (Bear in mind I haven’t talked about any of the major waterfalls, glaciers and sights as yet – those will be in a later post). Secondly, well, the only person who can decide on the second one is you, dear reader. Maybe you were disappointed with the lack of travelling tales or maybe you are wondering about when you personally feel alive. Maybe you are thinking about why the post is entitled wake up, remember. You made it all the way to the end and took time out of your life to do so, time to wake up and remember.