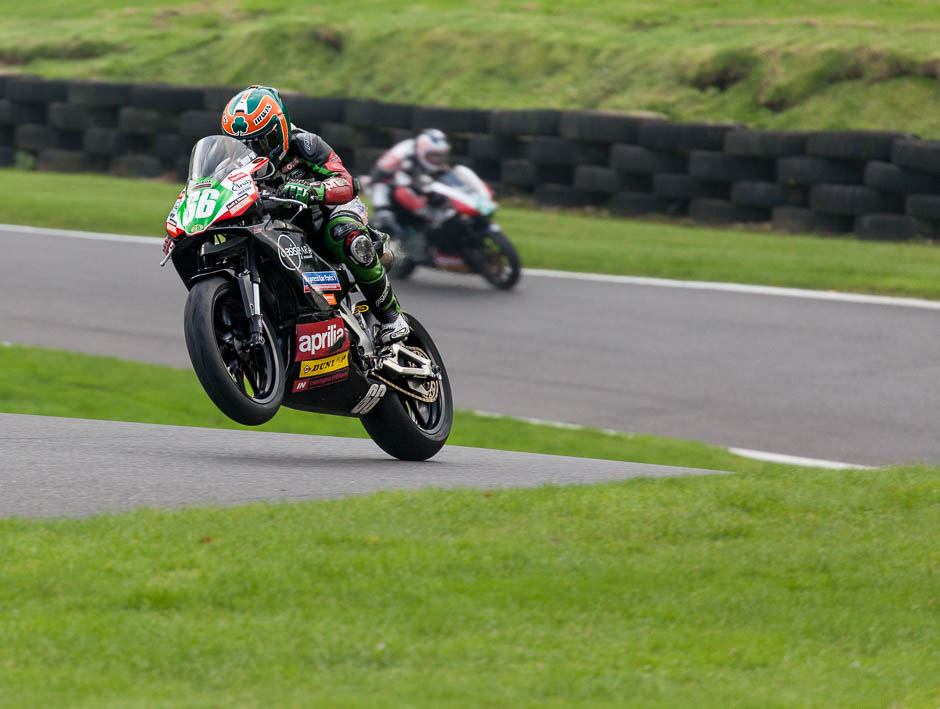 Having enjoyed Donnington, I headed over to Cadwell Park to watch the final race of the season. Good ride over, cold but some great roads in Lincolnshire – ended up spending an hour more getting up to the track because I kept finding great roads to ride!

Cadwell was busy with the array of tents and camper vans making it look like some kind of medieval siege. Last time at Donnington it took me a while to find Gawin – not so this time, parked up and his van was directly opposite. Good job really, he was due to race about 10 minutes later! 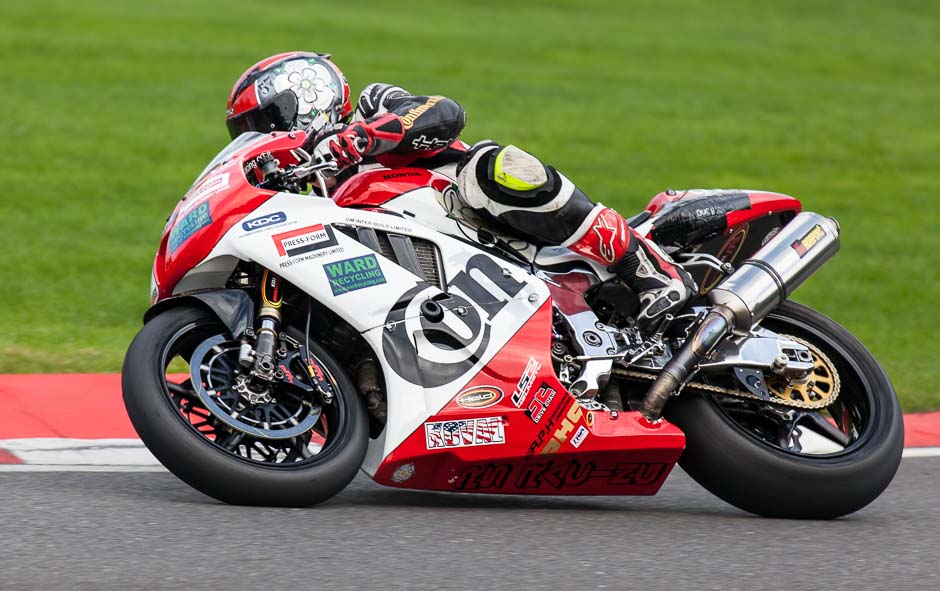 After my experience last time and being reasonably pleased with the photos, I changed tack this time, using servo mode (which, lets be honest, the 5d2 isn’t famed for…) instead of pre focus but I spent far more time on positioning and tracking. Wandering the various parts of the course and picking spots to practice from got me ready for Gawin’s race later in the day. 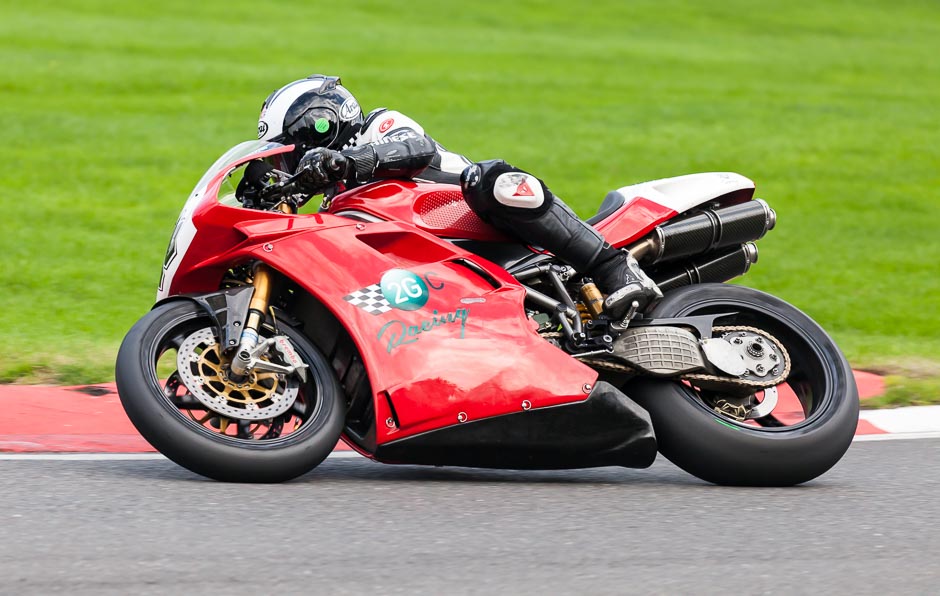 I managed to get about 80% in focus shots which was really pleasing – having to shoot fast moving targets with gear that isn’t the best for it meant I had to rely more on technique than machine gunning shots from the camera.

Cadwell is renowned for the mountain – just after a sharp right hand bend, the track rises as the power goes on, usually resulting in wheelies of varying proportions. The best line apparently is where your wheel hardly lifts because you lose speed if your wheel is up.  The mountain was one of the better places to shoot from – you can get closer to the track, pre focus a little and if you pan correctly, you can get lovely motion blur coupled with bikes trying to take off. A few shots below – bet the riders loved it!

Many of the races were for the championship and I could hear the support for various riders in the stand – particularly for the Aprilia race with someone on the phone throughout the race obviously relaying what was happening to loved ones at home. One of the advantages of modern phones i guess, you can be a part of it even if you can’t get there in person.

Gawin’s qualifying had gone well with a good position in the middle of the grid but the first race didn’t quite go according to plan with places lost in the opening straight. A few chats with other riders about start technique and he decided to go for a traffic light start in the second race. Always tough to pull yourself back up after a bit of disappointment, especially when its several hours before you race again. Everything has to be pretty much perfect – you’ve got 20 minutes of racing and a poor start can wreck your whole race. The 500 class which Gawin races are all the same bike. As such, it creates a level playing field and every start, every corner, every loss of concentration counts.

The last race for Gawin was much better – start was better and plenty of tussling round the track with a credible finish and a good confidence boost for the following day. To a complete novice like me, the lines looked good and corner speed seemed solid.

One of the things that I was most surprised about on the day was the focus of both the camera….and the riders…I wouldn’t have imagined that I could get focus on a riders face who is moving at that speed. Once I opened up the shots on the Mac, wow. You can see inside the helmets and see that determination of the rider.

The following day was a much better day for Gawin – wet conditions plays to his strengths and lets his skill show through. Much higher placings and a really good end to his first season. No doubt he has learnt a lot this year and next year will allow him to build on that and push for the podium. Case of when rather than if.

no comments
Scroll to Top