“All of life is chance and is sweetest when at a glance. But I live a hundred lifetimes in a day and die a little with every breath I take” – Ben Harper 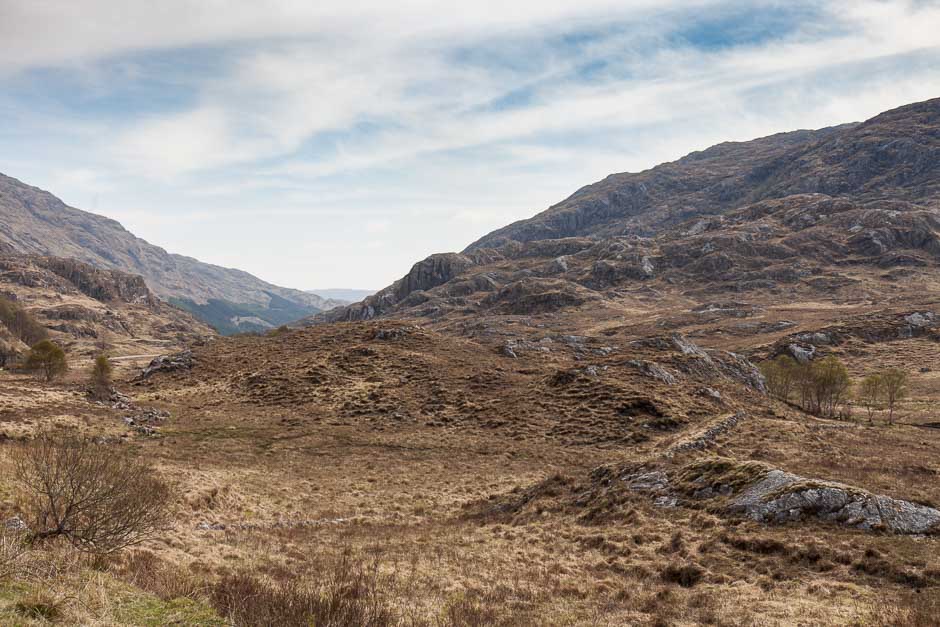 I had slept wonderfully, awoke with bright eyes, ate a sumptuous meal and looked upwards at the sun and counted how blessed I was. Well, not really. I had hardly slept because I spent most of the night doing an idiotic shuffle every 20 minutes to get back up the top of the slope in my tent, my eyes were dark and my porridge was lumpy. A gale was blowing with those bits of rain in it that seem like they are like shards of glass that aim for your eyes. The fact I had to pay £1 for a dribble of luke warm water added to the experience. I don’t know why soap manages to collect in your armpits, bum crack and around the old spuds when there is insufficient water. I have no idea why you don’t even notice it until you slip on your clothes after and you feel that squelch. Maybe it’s just me but hopefully theres a few people out there in inter web land smiling and agreeing – I salute you.

A windy ride down from from the campsite to the Rhubodach ferry – Sunday morning, 7am and to my amazement I am the only person waiting, off the bike and leaning into a side wind that made me catch my breath a few times. A solid days riding ahead – round the Argyll forests, up a few logging trails, round a few lochs and at some point end up at Fort William. 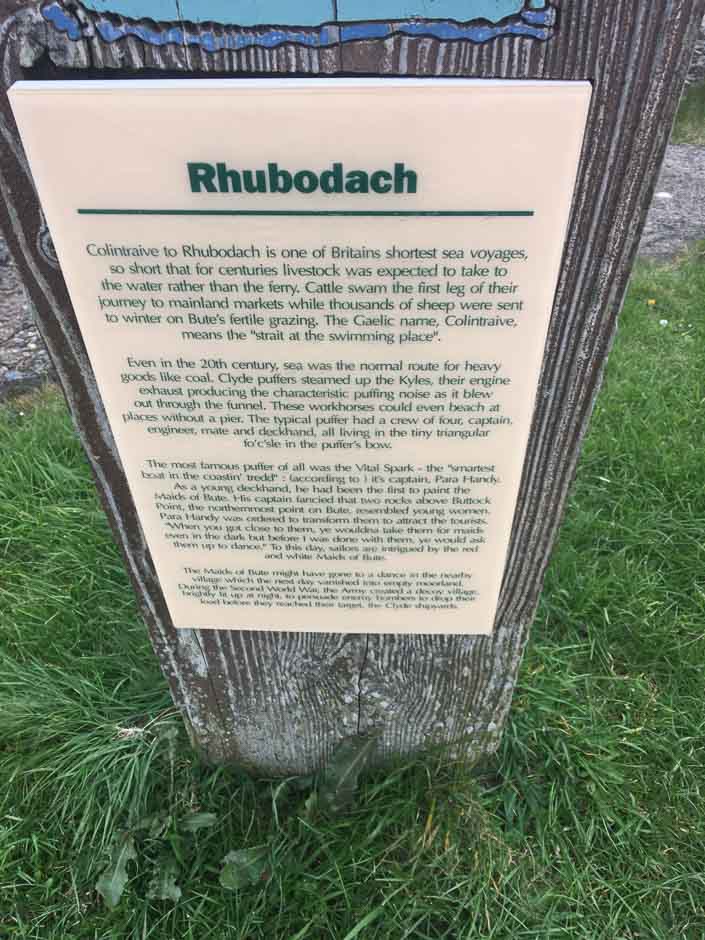 It’s a great ride around the Argyll coast as you skirt lochs and then plunge through forests. It’s a constant joy to the senses and while there is nothing that is truly spectacular, the scenery is just constant which more than makes up for it. With gusting winds and slippy trails in places, it made for an interesting ride. It became even more interesting as I skirted Loch Fyne and noticed the police interceptor behind me. Early Sunday morning and just me on the road. Holding a steady throttle, I focussed on keeping exactly to the limit but taking perfect lines around every bend so that my speed wouldn’t drop. It was several miles before he passed me on a long straight stretch. I don’t think I dropped a single mph around all those bends and I felt pretty chuffed with myself – my advanced training seemed to be paying off. (At this point I was taking the advanced bike course and it was a slow process for me to unlearn my bad habits and improve my observation but it started to click in Scotland) 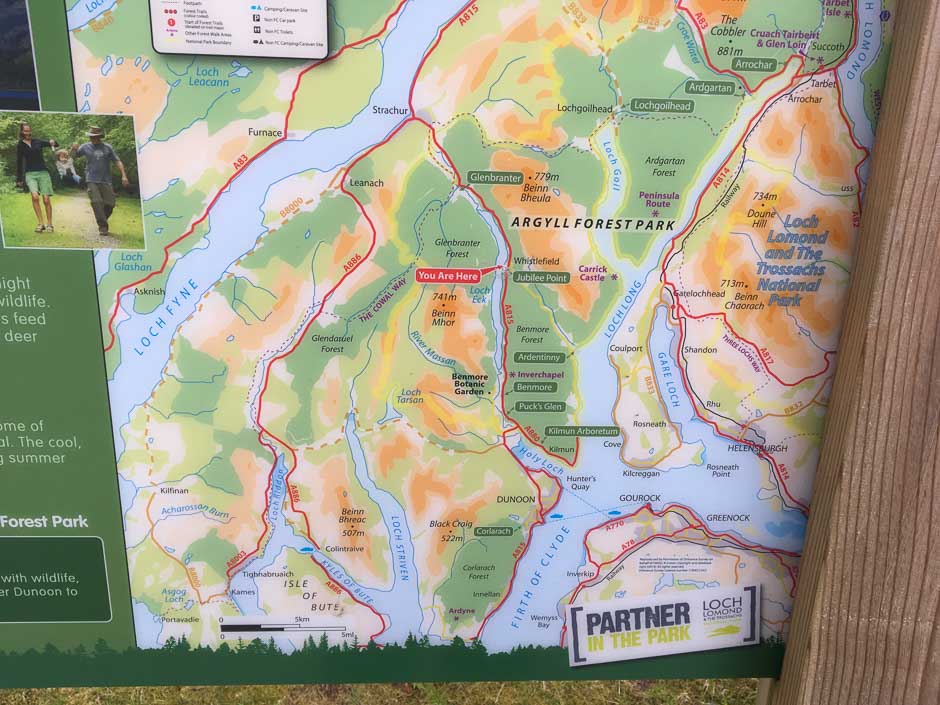 Part of the days route, from Bute up to Loch Fyne and onwards!

The winds were blowing up a swell on the Loch and as I emerged from the forest roads, the gusts were far more prevalent meaning more leaning and the occasional foray onto the other side of the road. Passing the Loch Fyne restaurant, I recalled my first (and only) visit to that particular chain where I feasted on raw shellfish. Yeah. 6 weeks later and I’d lost 2 stone and every botty burp was still preceded by a hail mary. Not sure you came hear to read that but hey, a little insight into my life. I do wonder with these social media profiles of people with pearly white teeth and perfect hair who have perfect lives and everything is OMG AMZING , , how do they manage it? Some people think they are deluded, others say they are shallow and creating a veil over their own perceived inadequacies, driven to these lengths by a social system that has failed real lives and requires us to live a fantasy existe.., oops wrong blog.

Anyway, where was I, oh yeah – just gone past Loch Fyne and up ahead there was a small town and I could see a load of bikes converging on it which seemed odd for an early Sunday morning. The car park by the Loch shore was full of bikes, police interceptors and a few stalls being run by the IAM and insurers – obviously some form of bike event. (not much gets past me as the observant reader will tell)

A lot of nods, hello’s and a few people checking out the stickers on my panniers. Grabbing a bacon cob and a coffee, I passed a bit of time chatting to a couple of families who had come out to see the bikes – most non-bikers I meet seem to want a bike to travel on and these guys were no exception. Seems like the latent urge to become a 2 wheeled nomad is present in a lot of people.

I can’t remember this Loch, someone Scottish help please

Round the rest of the Argyll forest, long sweeping corners, blurred greens to the left and blurred greys to my right and a big grin on my face. I turned northwards, the sun broke through the insipid grey sky providing some much needed warmth and an opportunity to pull the visor up as the light drizzle finally ceased. As always, time had crept on and I found myself in glorious sunlight, overtaking pretty much anything in front of me. More bikes on the road now, called out by the siren song of the sun no doubt. The car park of the cafe overlooking Stalker Castle was full of Harley’s. I pulled off the lid, wiped my brow and unzipped my jacket as fast as an overzealous teenager. Twenty three degrees. In Scotland. I was boiling, stripped down to my thermal layer and headed off to take photos of the castle and a well earned cup of tea and scone. Rock and roll lifestyle for me, Keith Moon often asks me for advice.

The view of Stalker was impressive – I spent quite some time there and, without realising it, burns my scalp in the process. More on the sunburn in the next post – it became a serious issue after a couple of days.

An hour later and I had passed Ben Nevis, shot through Fort William and arrived at camp. Setting up by the river, I collapsed into my chair, fired up the stove and boiled up some bean feast and rice. Watching the sun go down and seeing the final shimmers of light surfing the gentle ripples is about as relaxing as it gets. I relaxed further into the chair, my muscles unwinding until I resembled a tossed aside mannequin. The sun faded from view and as the last glow of orange faded, the first cold breeze went over me. A few more and I dived in the tent, into the sleeping bag and accepted the warm embrace of sleep. I woke at about 2am, very cold. My sleeping bag (I only found out after had served me well in the European trip but with a comfort rating of 5 degrees, it was struggling with night time temperatures of close to zero. I threw on my jeans and jumper after the obligatory staggering pee. Waking at dawn and watching the birds on the river was a great start to the day and the first rays of warmth were welcome.

With a tum full of porridge, 2 mugs of tea and a hot shower, I packed up and headed out towards Loch Shiel and Skye. I’d heard good things about this road (and Loch Shiel) and was keen to see how it stacked up.

It is a lovely road and like all of Scotland, the tarmac is perfect and characterised by long sweeping curves. I imagine it would be great on sports bikes because of the tarmac condition. Being used to riding on less than adequate roads, I found it a strange experience. It was great to not have to worry about gravel, potholes, blind bends and so on. However, that also created for me, less of a challenge and a detachment from the ride. It was, however, a great place to practice the advanced techniques and the ride was smooth, quick and very progressive. It’s a personal view of course but give me the gnarly stuff all day long, the gravelly, rough roads with errant sheep. You can’t beat an errant sheep I find.

The road is well worth riding but there are not many places to stop and photograph so be prepared for that in advance. It leads you through some glorious hills with impressive tones of brown and green with the odd splash of colour. I had enjoyed the Argyll coast and Dumfries but I sensed that I was beginning to get into the more scenic Scotland. The journey would probably really start here I reasoned to myself.

The ferry to Skye was calm and I had chance to chat with a couple of blokes on a tour – they were heading back and told me of a few places to see and roads to take (and not take!). One was a retired motorbike cop, the other a BMW dealer.

I had no idea what to expect from Skye and as I hurtled round the Southern roads, I saw the first set of mountains in the distance. Now…this was more like it. More rugged, more primordial, more basic. With nothing on the roads, I pushed the bike on, scrubbing the tyres in ever more (just had them replaced the day before leaving) and had an absolute blast chasing the sunset at some exaggerated lean angles. Into camp, a quick shower and then a mile walk to the pub. I toasted the passing of the sun with a final swig of bitter, a handful of salt and vinegar crisps and a scratch of my reddening head. The uphill mile back to camp was a struggle after a full days ride and a few pints. Given the way I collapsed into the tent as though I had been shot by a sniper, I sense the beer may have been responsible for most of the struggle.