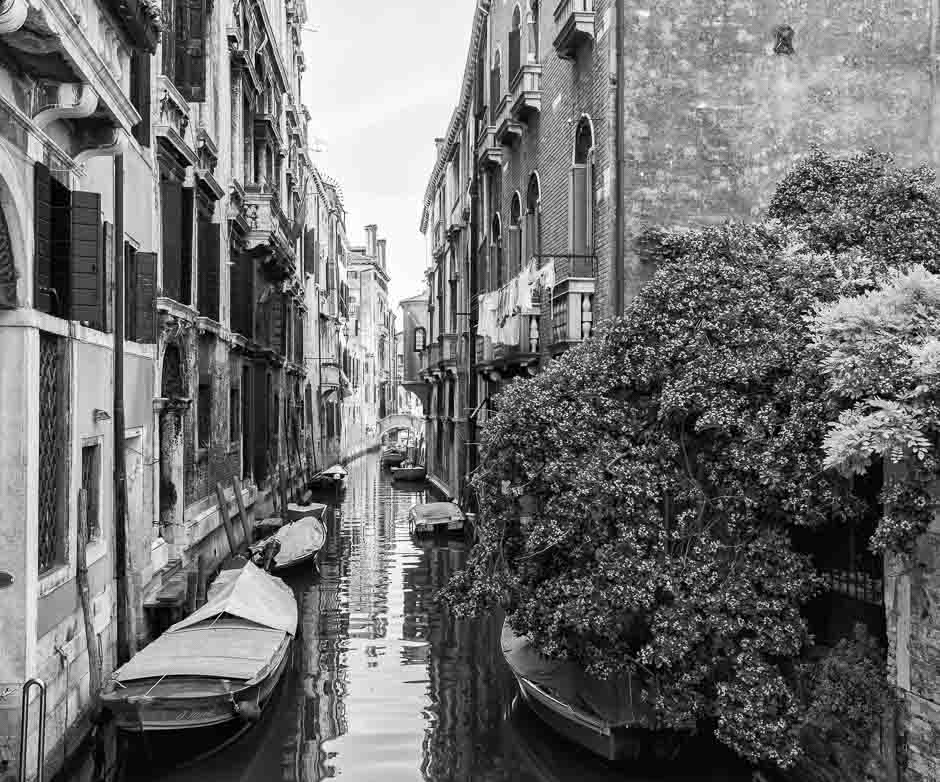 Having a lump of ice cream land on your lap while coke is dripping down your legs is not the greatest start to the day. Even worse when you have 10 hours of walking ahead of you and no change of clothes. The elderly woman on the next table looked at me, I peered back through bloodshot eyes and a squint that was trying to keep a ferocious sun at bay. As she looked away, I looked down at my groin, let out a deep sigh and scolded myself for only grabbing 2 hours of sleep the night before and forgetting my sunglasses.

It had been quite a ride from Switzerland, back into Italy and through the late afternoon traffic of Verona. After a few laps of the one way system I eventually landed at the hotel, chained up the bike and decamped to a hotel room which was an odd experience after the best part of a month camping and staying in B+B’s. A very sterile environment, perfectly clean, air conditioned and a little coffee bar but ultimately dull. However, it had secure parking and the next day I was heading on the train to Venice and so needs must… 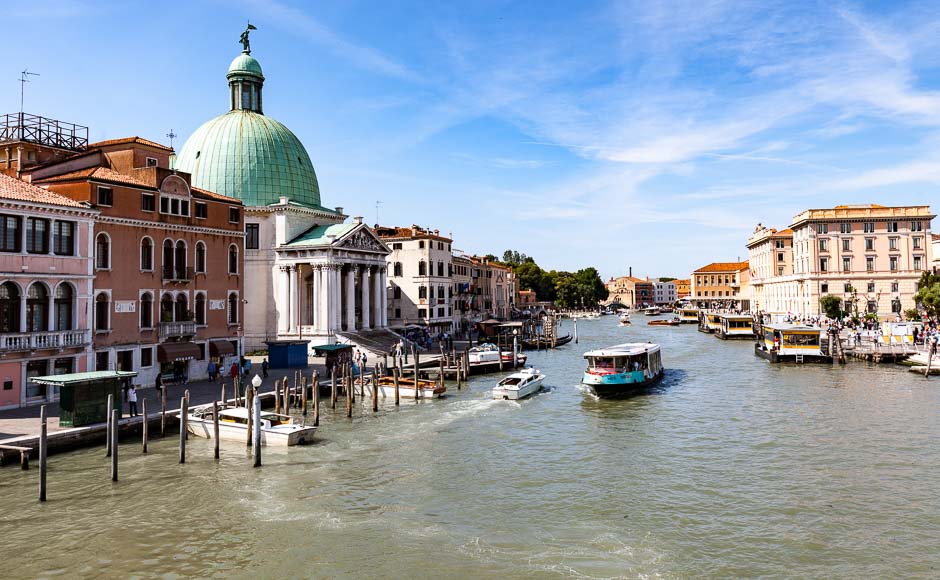 I showered and headed out into the hot and humid evening in Verona. A coffee, sandwich and a casual walk around the backstreets of what seemed to be the financial area and I beat a retreat to the hotel to rest up and get ready for Venice the following day. I’d booked an early train – 7am and it should get me in by 8. Perfect.

Sitting outside the hotel with a coffee and enjoying the cooling night air I saw the couple come out of the reception. They asked me about the bike since they had seen me arrive and we started chatting. You know a great evening (and great company) when you start talking at 8pm and the next thing it’s 3 in the morning. Melanie and Christian were on an extended trip across Italy and then heading to Scotland and were obviously enjoying it immensely. They talked about their trip, I talked about my trip and we shared notes. I forget exactly what we were talking about but the laughter flowed and the mild mannered receptionist came out and asked us to keep the noise down (very politely) as most other guests were asleep. All I recall is infectious laughter, coffees and then grappa and bourbon. Oof. 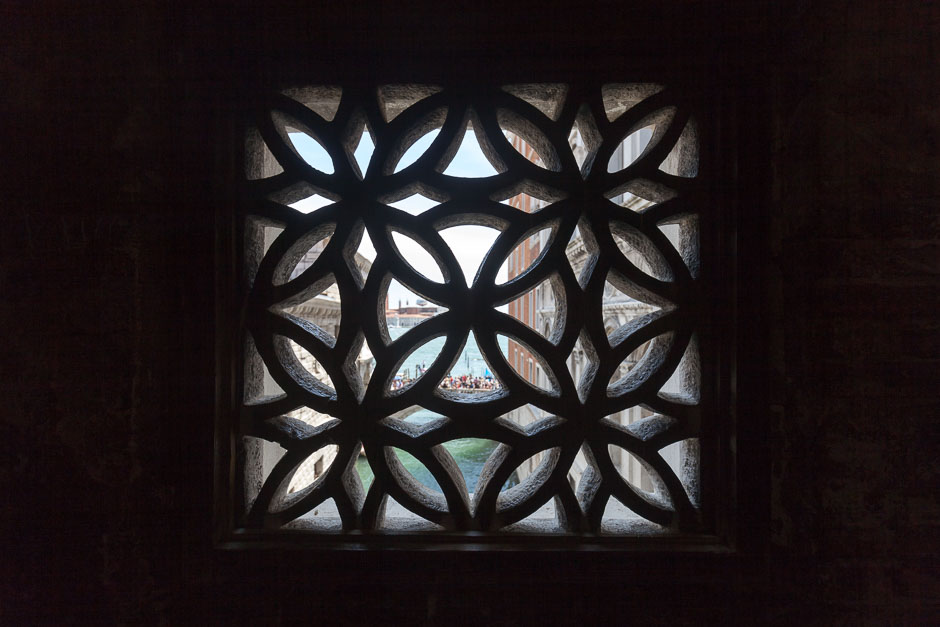 I don’t handle whisky too well and it would be rude not to have partaken. I clearly remember two things from that night and both of them make me smile and laugh even to this day. The first is Melanie laughing almost uncontrollably (I think when we talked about the ferry journey and the ghost)and the second was Christian telling me that I was the only person they had met all holiday long who had not started the conversation by asking ‘You’re American? Oh, do you have guns and did you vote for Trump?’ Now, this is amusing in its own right but what makes me laugh to this day is Christians rendition of a hoe down as he said these things. Still chuckling as I write this post. A lovely couple and a rarity – Americans who get sarcasm and aren’t afraid to take the mick out of themselves too. It’s an amazing part of travelling – the people you meet and their different lives. Everywhere I went there was a single common denominator amongst them all – smiles. laughter and warmth.

I got to bed at ridiculous o’clock, slept briefly, awoke with a hangover from lack of water and made it on to the early train. I was feeling grim due to the long ride the previous day and the late night. Still, Venice beckoned and the temperature was soaring. Blistering heat and a blinding sun in a city filled with camera crazy selfie tourists. Perfect.

After walking from the station through various streets and being frustrated at every turn by water, I decided to take shade in a cafe and ordered water, fizzy drink and an ice cream. Taking a seat outside so I could avoid the glare of the sun, I collapsed into the wicker chair, laid out my picnic on the table, dumped my camera bag at my feet and smiled at the elderly lady sat to my right who had a pooch who seemed to be regarding me with a puzzled look. I turned my attention back to the street, opened the drink and picked up the ice cream. Now, it doesn’t require you to be a juggler to handle two items but it escaped me. In slow motion, I watched the ice cream plummet to my groin in some grim re-enactment of Newtons Laws – I jumped up as the coldness tickled the old love spuds. This achieved two things – the can slipped out of my hands and it inverted, sending coke down my legs and secondly, the ice cream ran down my legs leaving a vanilla slug trail down my shorts and through the hairs on my legs. The can hit the floor and with a last gasp squirted coke all over my trainers and camera bag. For the second time on the trip a dog was there to observe,  the dog looked at me and I looked at the dog. I imagined he looked at my expression which can be loosely translated as FGS (change a letter if you wish) and his reply was ‘Suck it up buttercup’. The elderly woman looked away. I stood there, frozen and then collapsed back into the chair, opened my water and spent 5 minutes alone with my thoughts as the fizzy drink congealed on my feet. It was going to be a long day.

It was pleasant to wander the streets of Venice and in line with the rest of the trip, I was using Shanks’ pony only which meant a lot of detours and a lot of dead ends staring at water. Then, an epiphany, google maps – it works fantastically well and served me well the rest of the day. Venice was heaving by lunch time and getting more and more difficult to make any progress so I ducked into the Doge’s palace which is an impressive place – certainly the star attraction of Venice and a couple of hours well spent. Fantastic murals, gold inlays and (for me) the atmospheric last walk of the prisoners. You see what they would see as they were led from the court and you see their last view of the outside world (shown above) before descending into the jail.

Having walked miles in boiling, humid heat and through the tourist throng which slowed progress to a snail’s pace I was getting incredibly frustrated. Dipping into a canal-side cafe and downing more water, I watched various people taking the gondola trips. It was at this moment when you see couples gazing into each others eyes, sitting next to each other as they float down the canals, enjoying that unique moment. Being alone I felt a tinge of sadness, a pulling of the heart string. I enjoy my own company but this was one of those occasions when you miss having a loved one with you to savour that moment. I spent a few moments pondering this, looking at the jetty and how people clambered aboard and then I realised there was no way I could get my bike on the gondola to accompany me even if I had ridden in. I felt better immediately.

I wandered aimlessly for most of the afternoon, taking in the main sights (the square, the tower, the harbour etc.) before fatigue finally reared its head and my legs turned to lead. 2 miles back to the train station and I marched with purpose (probably realising that I had so little energy left that stopping would have been disastrous!). With a cannoli and another bottle of water, I took the train, made it back to the hotel and collapsed on to the bed at about 1900hrs. I slept for 11 hours and woke with that familiar smell of sweat, dried and crusty lips from the aircon and wearing a pair of socks that had turned to concrete from the fizzy drink. They went in the bin.

Breakfast, packed the bike and I was on the road for 8am heading through Northern Italy and the Dolomites. With the aim of getting through Italy, Austria and overnighting ‘somewhere’ in Germany, I didn’t stop to photograph them and just videoed the ride off the helmet cam. I did stop at one place en route through Italy though – Lake Garda. I remember my Nan telling me about her holidays there and it is a truly stunning lake (the largest in Italy). This one is for you Nan

I sailed through Austria and Innsbruck as I had decided to begin the long haul to Norway and Nordkapp. With a plan to stop overnight somewhere around Nurnberg I had enough time to detour through Southern Germany to see Castle Neuchwanstein – the fairy tale castle. German autobahns were ruthlessly efficient and the miles flew by in a blur of grey tarmac and the incessant rumble of the engine. I felt good after the sleep and the sight of the Dolomites and Lake Garda had lifted my spirits. I was told to park by the visitors centre where there was dedicated motorcycle parking. Yeah….there wasn’t so I parked by the push bikes on a gravelled slope (can you guess what’s coming?) and made my way inside.

The ticket was some ridiculous price and since I had a long zoom with me, I stayed frugal and asked the receptionist if I could just park there for a few moments while I took some shots. In a stern voice she replied ‘You visit, you pay’ or words to that effect, I don’t really recall them now. I tired to explain that I had been told to park there but to no avail. I nodded my understanding, told her I would move my bike and waved. I just didn’t clarify exactly when I would move my bike. With the long zoom on I got the shots I wanted and returned to the bike. It took me over 20 minutes to get the bike off the slope – it just wouldn’t move in the deep gravel and I couldn’t use the engine because some pratt (me) had parked in such a way that it would topple. Hundreds of people watched me struggle with the bike, not one of them offered to help but many took photos.

I got out eventually, sweat pouring from me and I hit the autobahns. Unrestricted autobahns. I’m no speed merchant on a bike – I have a healthy respect for my bank balance and my licence but this was an opportunity to go for it. German drivers are very good…very very good, safe, courteous and controlled even at high speed. I picked my time, got out into the outside lane and wound the throttle on. The needle continued to rise and it felt good. The issue is that above certain speeds, the weight in the panniers and the top box comes into play and they begin a slow wobble which slowly increases to a major wobble and then the bike lurching from one side to the other. I wound back, the wobble stopped and I dropped back into a high but sustainable speed. I arrived on the outskirts of Nurnberg in the early evening, checked into a cheap non-descript hotel and devoured a pizza and a beer.

Tomorrow would be the trip to Berlin which looked like a straightforward run up the autobahn. Easy day ahead I thought. Didn’t turn out that way.